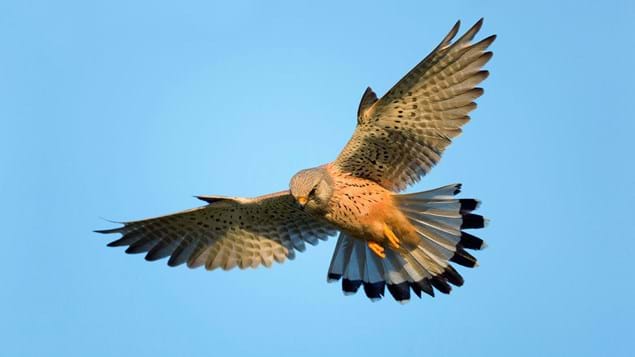 We’re out on the cricket, whizzing one quick round before the telephone starts ringing, the children need crow-barring from their beds. The mist is thick enough to hide the tall, bare hedge of the field. I can just make out the arches of the batting nets.

There are new sheep in the ridge and furrow field beside the cricket. Twenty or so are gathered in the furrow that presses up against the fence. Pants is like a rocket down the left of the outfield, the sheep panic, and scatter, running a good two furrows’ distance. They stand on the third ridge, bleating their indignance, weeing their protest. Another week or so, and they won’t even lift their heads when he passes.

We’re being watched. There’s a bird of prey on the nets. Smallish, so not a buzzard, not a kite. I stand still, hold my breath, wait to see what it will do, what it might be. Dora distracts me for a moment, a millisecond, and when I look back, the bird’s flying, low over the wicket, disappearing into the fog around the oaks.

I walk on, the ground is spongy beneath my feet. It’s been iron-hard for so long. I imagine all the worms beneath me, uncurling themselves, wriggling on their wormish way, glad of the thaw.

As am I. Something in me is loosening, that has been frozen tight. My dad died in October, of pancreatic cancer. He lived barely two weeks after my grandad, his dad, died of pneumonia. We hadn’t realised how ill my dad was, we knew he had liver cancer, but a few days before he went, we were told the liver cancer was secondary, the real bastard was in his pancreas. There was talk of at least we’ll have Christmas. And he’s only just sixty-nine, and thank God he’s so fit. And he was skiing! Remember that black, with the awful moguls, and that was just a few months ago. But then he was gone and that was that. We had so many questions still, but no one to answer them. We’ve had to learn, that some things we’ll never know. And the things we thought we knew, were wrong. Perhaps we were never right, about anything.

Pants can see my steps have slowed, my head’s dropped. He bounds up with a short, thick stick in his mouth, his eyes showing white as he feints towards me, then away, shaking his head. He tosses the stick in the air, leaps on it and uses his front paw to get it in the air again. Then he stops, looks at me, bends low, his silly tail wagging. I pick it up between thumb and forefinger, sling it for him, back towards the way we’ve walked. I watch his joy as he chases and pounces, then goons off with it again, arcing across the outfield.

Something catches my eye to my left, high, two fat wood pigeon clatter free almost above my head. And I see it. The bird from the nets. It’s a kestrel, flashing bronze-brown, flying along the hedge-line then off, across the lane and out over the back of Gulliver’s Close. A kestrel.

There’s a thing I know. I know a kestrel.